Getting your ass handed to you and other wonderful sights. 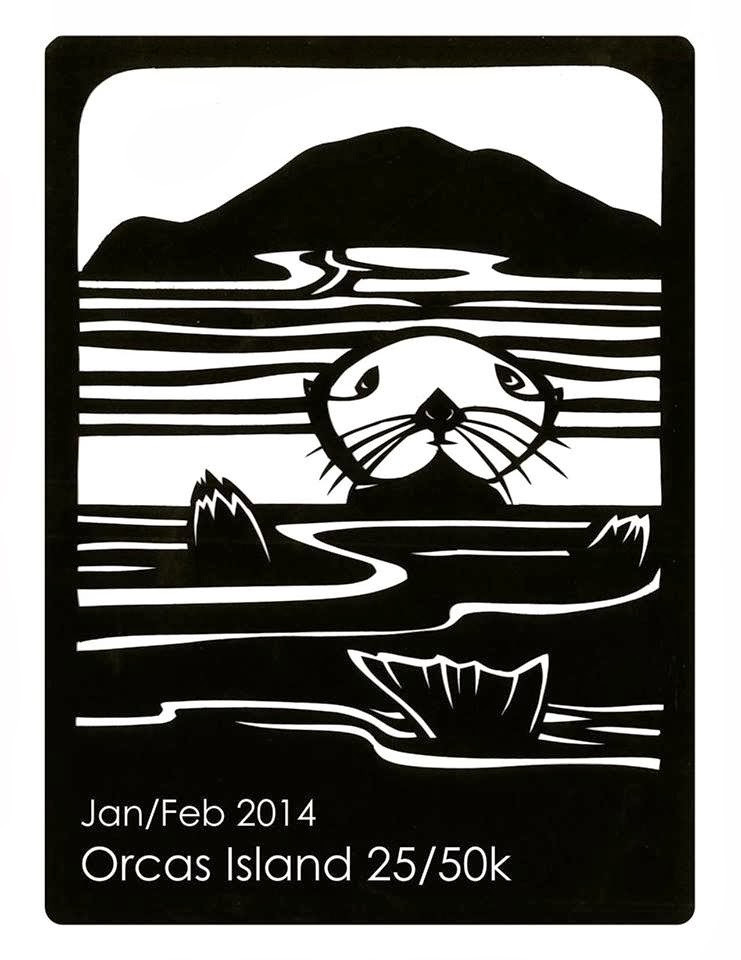 
A few months ago we signed up and I figured, sure, I won’t be in great shape, but it’ll be fun and we’ve never been to Orcas Island. So what the hell.


Training was ok but I was really feeling a left foot injury that I needed to take care sooner rather than later so my trail miles were down to maybe just 30% of my weekly mileage.  And my weekly mileage was way down to around 18 miles a week.  Also, there hasn’t been any serious hill trailing work in the last 3 months, ugh. Really only had a quick 14 mile loop  at Grand Ridge last weekend with Alley. 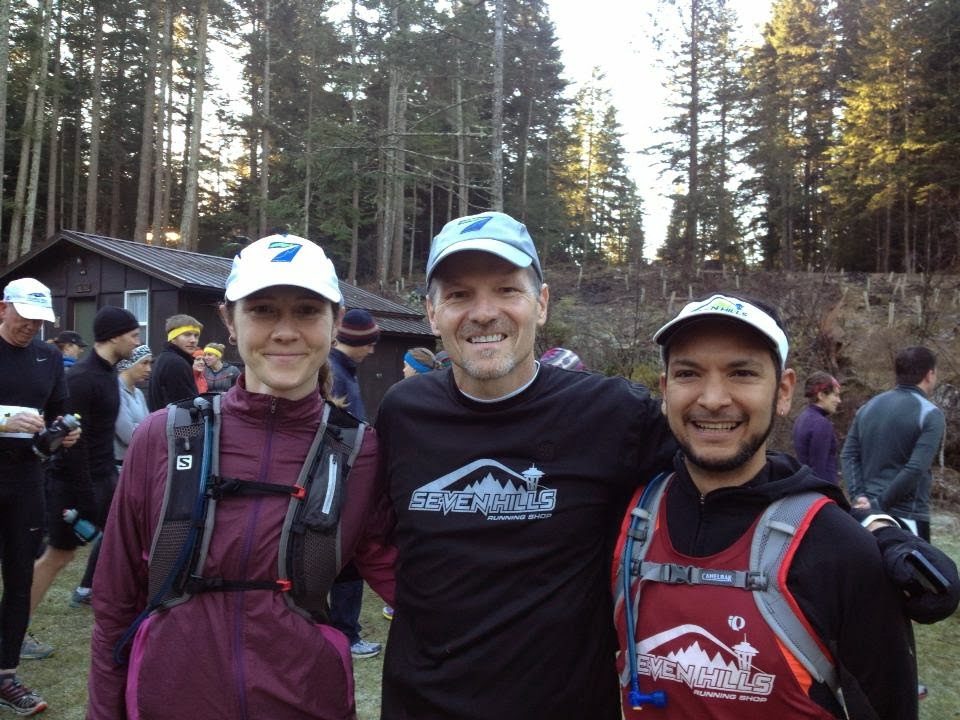 Before I get into the rest. What an amazing weekend. I still can’t get the 2nd downhill out of my mind. Good friends, sunny, otters, eagles, and a well-organized race.

Looking at the course profile the first real climb started at roughly 5.6 miles in.
Which meant no racing the early miles and keeping the running easy  and light. That held for the most part, but some of that part was so damn fun, you couldn’t help but go a little overboard. Everything felt great heading into the first aid station. I rushed by only grabbing a GU just in case. I was running with a Camelback on and had fluids, Bloks and Gu onboard. I really dislike stopping at aid stations. Always feel like they stop any momentum.

Right after the AS the Power Line climb started. From the profile I was thinking it would be like Cleator Rd. on the Chuckanut course. Just find a rhythm, settle in and climb steadily. It was more like Chin Scaper 3x. Straight up, relentless, and unforgiving. I was moving as slow as I could without going backwards. Finally at the top it felt really good to run again.

The downhill – part one


Held steady with a group of 7 that I caught up with and fell in behind. I felt the pace was a little too easy, but also knew the next climb was in about 2.5 miles down the trail. I picked my places to past a few people still running easy, about 8:45 pace. We rounded an amazing outcropping of stone and saw that the trail fell away then zigzagged back to the right. NOW


I gave one “on your left” and bolted to the front, my buddy Michael yelled out “Go get it” within about 10 second I was running alone and flying. Pace at 6:45, that I slowed to 7 because there was still a climb to come.


I love this part. I can climb all day if I know there’s a chance to fly from the top.  It’s like snowboarding. Everything goes quiet, the focus amplifies, and speed and momentum are used with what feels like unlimited effort. Through my head I say, avoid by jumping over, some of the most rock and root filled sections I never step foot down. I jump, launch, my quiet steady voice in my head screams, “Over”, calmly.


I hit the climb and was up the switchbacks 3 minutes before the group behind me hit the base of the climb.


You know that sinking feeling when you know the day is starting to turn. About 2/3’s the way up the switchbacks I felt ice cold, the last drink and Gu I took still sitting at the top of my throat. I knew I didn’t have the endurance for the whole climb so I was trying to go as slow as I could, but I was done when I got to the top. I ran across the summit  to the aid station and grabbed a drink and just kept walking.

My hip had frozen up from too much climbing and I couldn’t really run. Everything felt hard, and my feet were killing me. I hit the downhill and kept saying, “I’m taking these too pedestrian” pace was at 10. Ugh. But it was something.


The same thing happened at Chuckanut 30K last year, after some great running my hip froze up and keeping even 10 min. pace on the downs was painful. So I had a little pity party, then looked around and soaked it up. Then my right inner thigh pulled, which I was expecting. When you’re breaking with every step going down you flex your inner thighs more than you should and whammo. Ouchiness happens.


SO that’s when I decided to just sit down. I made myself sit for 2 full minutes, calm down, breathe deeply, let a few people pass, then started a walk, then got back to an easy jog, then rounded a corner and the switch flipped and I was running back at pace on the downs again. ???


I kept hearing as I ran by people, “isn’t that the guy that was sitting back there?” Not sure what the deal is with that, but as long as it comes back??? I guess it’s just something I  just have to work with.  The course was amazing after that again. Hitting the lake for the last time, I wasn’t sure how close the finish was as I knew my Garmin was off by at least a half mile.


I was sort of chasing this woman out of a little zigzag field that ended at the base of this nasty little hill. She looked over her shoulder then back at the road with a look of “we doin this?” meaning are we going to race this in or not. My legs were dead, I cramped 3x had to sit down once to work that cramp out. I yelled out to her. “There’s no one behind us, not going to risk cramping again this late. Not gonna try and pass you.” She let out a loud “thank GAWD!” and we picked up an easy quick pace to finish it out. About 200 yards from the finish.

﻿
What a day, I sat down after crossing the line watching this dog play. She’d get excited then lose her balance and fall. Had something wrong with her, but as happy as could be. I felt much the same. I was dehydrated, freezing cold, and couldn’t really move, but I was happy.  I could wait to see Alley come across the line and hear how her day went. She’s a freaking rock star on the trails, and she eats up the downhill’s also. Fun fun!

﻿﻿﻿﻿﻿﻿﻿﻿﻿﻿﻿﻿﻿﻿﻿So yeah, I got my ass handed to me, but that was expected, that was OK. Always something to learn, always moving on, always pushing. Plus the next day we hiked with the pups and saw a romp of otters playing in the lake about 2 miles into one of the trails we ran on the day before.

How can you beat that? 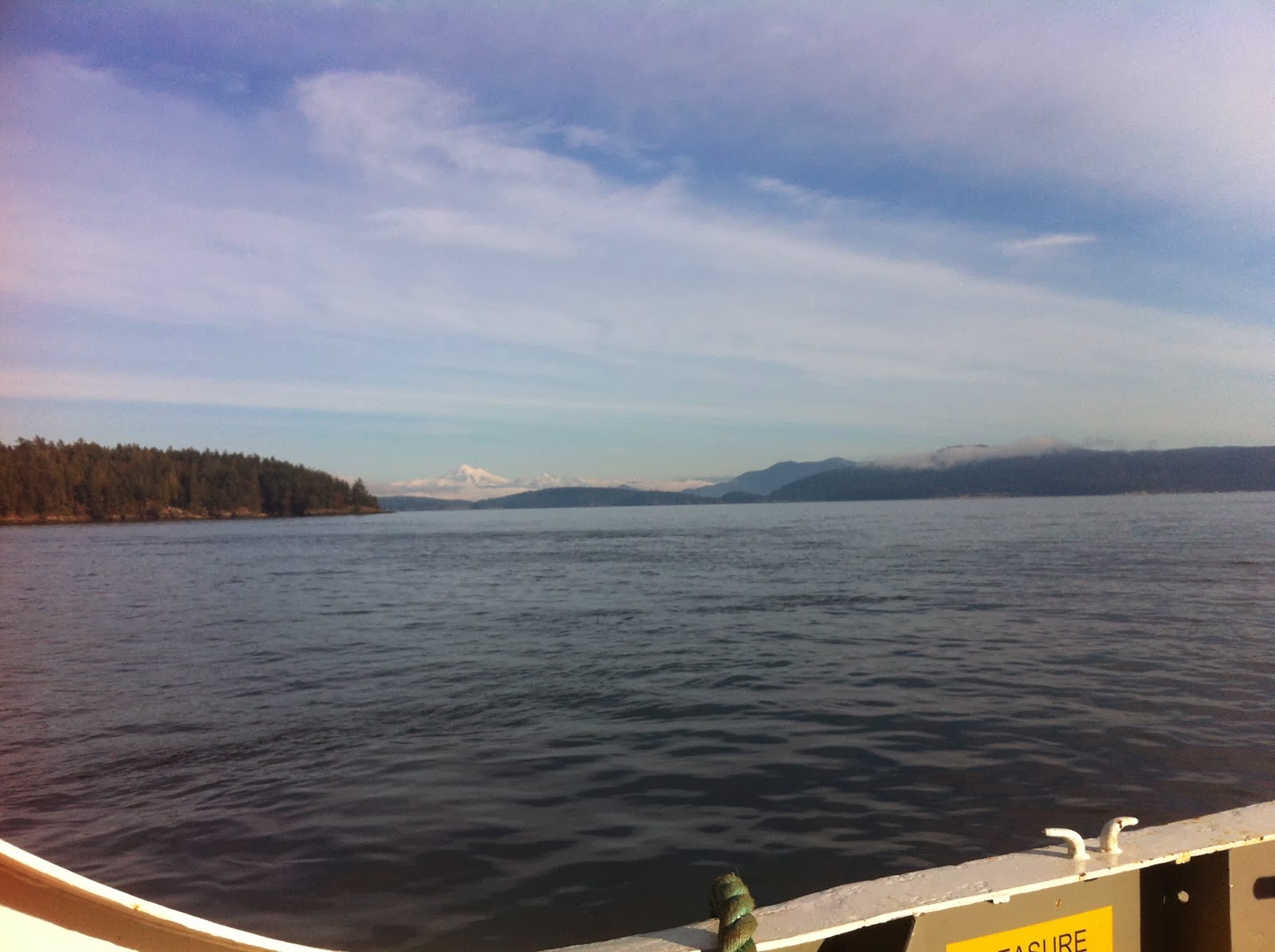 Posted by Klopeda N Training at 11:39 AM